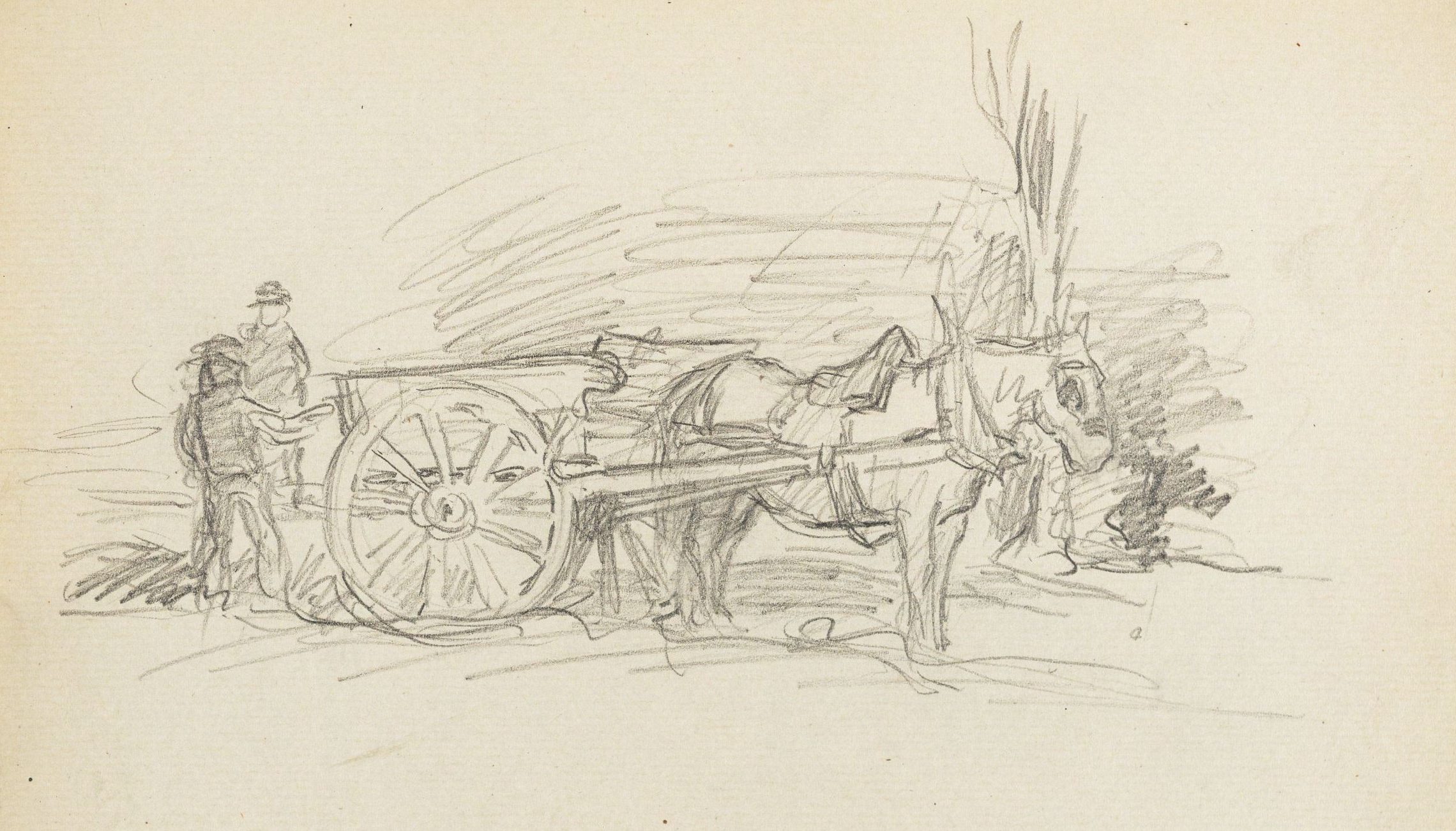 James Bulman, my 3rd Great Grandfather, was a well-liked, respected, and valued member of the North-Eastern districts of Tasmania.

Sadly at 36 years of age, James had a fatal cart accident while travelling with family and friends on the 28th Nov 1873.

Although several articles were published in various newspapers at the time, the following article sums up most if not all, of the events that led to his death and the funeral that followed;

“A most melancholy exemplification of the solemn truth that in the midst of life we are in death a few days since, and has cast a gloom over that and the surrounding districts which the painfully sudden death of Mr James Bulman of Branxholm, which happened on Friday last, the 28th inst.

On the following Monday, an inquest was held before A.W. Brewer, Esq, and a jury of seven. The major portion of the evidence then taken I herewith subjoin.

The Hon, J.R.Scott, of New Town being sworn, deposed that on Friday, the 28th inst., Mr Bulman was driving a chaise cart containing himself, Mrs J.R. Scott, and Mrs Bulman and infant from Branxholm, and having visited the estates of Messrs. Fry and Isaacs, were returning to Branxholm, when, about half a mile from the residence of Mr Fry, the cart upset and the occupants were precipitated on to the ground; after Mr Scott had recovered himself he noticed the deceased raising himself upon his hands and knees, and in the position made for the butt of a gum tree which was near; the cart was then on its side, and as the horse was plunging Mr Scott attempted to right the cart in which with the assistance of a lad named Appleby he succeeded, he then went to deceased, and placed him in a sitting posture and upon enquiring if he was hurt, deceased: replied, ‘I shall be better In a minute.’ Immediately after, the deceased fainted and never spoke again; while being supported in the same position in which Mr Scott had placed him (the deceased vomited slightly, but did not eject any blood or other substance which might induce the belief that any internal organ had been ruptured, he then breathed slowly and in about a quarter of an hour expired. When thrown out of the cart, the deceased fell very close to some small dogwood stumps, but could not say if he struck them or not. The accident occurred about 4 p.m. and was caused by one wheel passing over the stump of a fern tree, the second wheel being in a rut; the deceased had been driving all day very carefully, and at the time of the upset, the horse was walking. The lad Appleby was dispatched to Mr Fry’s for assistance, and the deceased had just expired when Mr Fry arrived. Mr Scott could not say upon which side the deceased fell, but supposed it was the right, as the cart fell over on that side when the deceased spoke to Mr Scott, he placed his hand over his heart, and it was thought he sustained an injury in that region; upon opening his clothing no external bruises were observed, and it is supposed that the cause of death was the shock occasioned by the fall; deceased did not appear to be in much pain after he fainted, and beyond the vomiting was perfectly still till he expired. None of the other cart occupants were hurt, except Mrs Scott, who was slightly injured. Mr Scott further deposed that after persuading Mrs Bulman and Mrs Scott to go to Mrs Fry’s residence, the body of the deceased, with the assistance of two of Mr Fry’s sons, was placed in the cart and taken to the residence of Mr Isaacs. Mr G. Fry then proceeded to Legerwood and acquainted James Scott Esq, M.H.A., of the painful occurrence, who Immediately took steps to inform the proper authorities and the relative of the deceased the accident.

The evidence of the lad Wm. Appleby corroborated that of Mr J.R. Scott.

On the same day as the inquest, the deceased’s body was conveyed from Ringarooma to the Scottsdale Cemetery, about 17 miles where, after the last sad offices had been performed by the reading, a portion of the burial service it was laid in the sad and silent grave. The remains of the deceased were followed by a large majority of the residents of the Ringarooma and Scottsdale districts, including about fifty horsemen, as well as by relatives of deceased, among whom were Mr P. Bulman, Messrs. Hogarth, &, and the Messrs, Jas. and J.R. Scott. About 150 persons were present at the interment. Many were the melting hearts and tearful eyes which surrounded the grave and gave a last and fond look upon the mortal remains of one who had been so long and well known, and so justly esteemed, for his quiet, unassuming manners and the manly virtues which had been conspicuous in his life. While it must prove a source of great consolation to his sorrowing relatives and friends, and especially to his grief-stricken widow, to feel assured that their loss is his infinite gain, so the suddenness of the event proclaims to all, ‘Be ye also ready, for in such an hour as ye think not. the Son of Man cometh.’ The deceased was 36years of age, and has left a young widow and four children, the youngest about ten months old.”