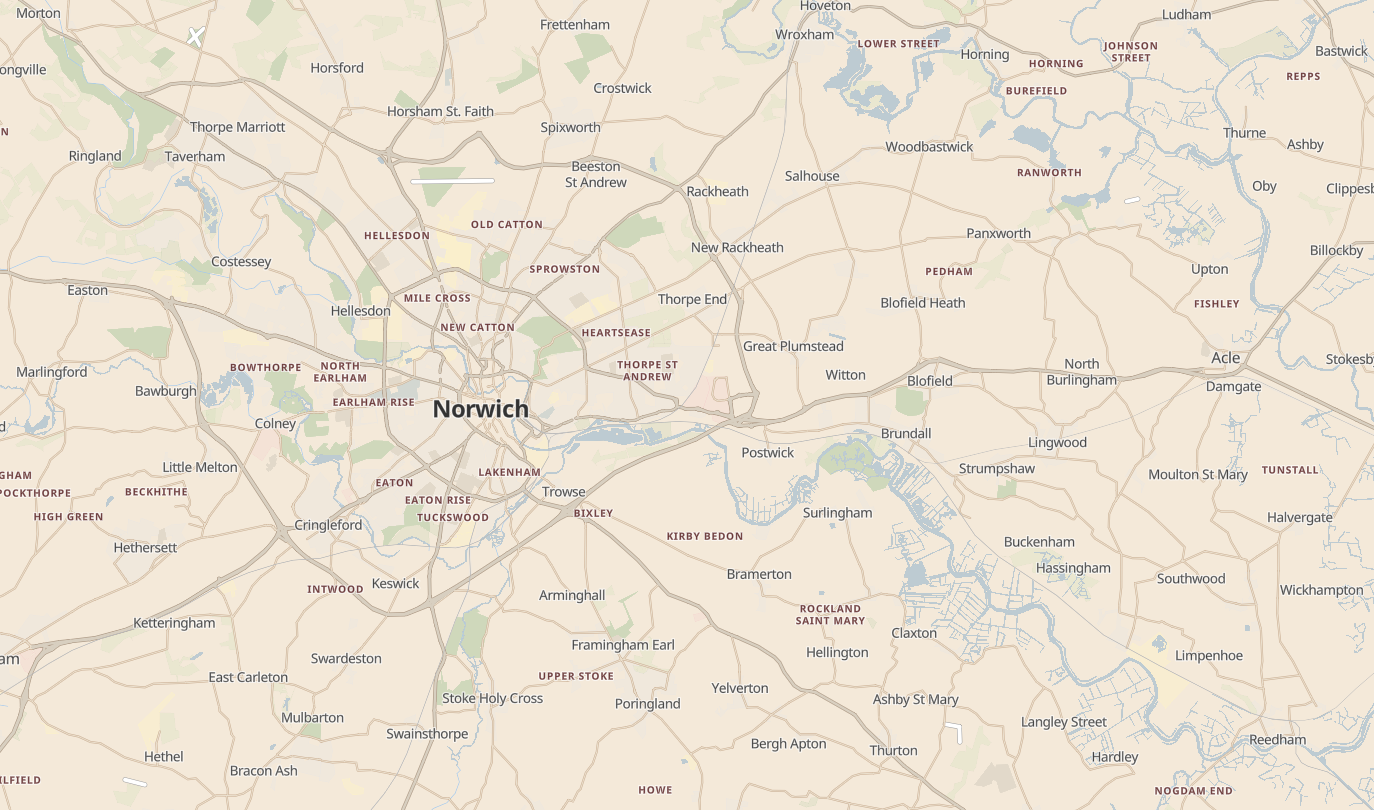 Looking back through Mary’s timeline, it is evident that she had a distraught life before being convicted and transported to Van Diemen’s Land in 1835. By Mary’s own admission, she “habituated to the drinking of spirituous liquor and otherwise had been loose and depraved.”

At 19 years of age and living in Norwich, England, at least from 1808, she had once been charged and jailed in 1823 for having a bastard child, and again in 1827, but this time she was acquitted, for murdering the same child with an overdose of Laudanum. Before the courts on several Larceny accounts, Mary was also charged for receiving stolen goods between 1808 and 1835. The latter haunting her for several years before finally being charged and sentenced on two terms of 7 years transportation.

At 42 years of age, Mary stated that she was a Widow with 6 children when transported on the Hector in 1835. However, no marriage records have been located, and only 3 of the children are known. One was the child she was accused of murdering, plus Ann and Henry, who travelled to Van Diemen’s Land with her.

While she remained in Hobart, Mary certainly never re-married or had any more children.

For now, there are still many unknowns to uncover for Mary.

While a birth record has not yet been located, I am confident that Mary was born between 1791-1794 in Norwich, Norfolk, England, based on the following records;

Mary’s first known recorded misdemeanor was for Larceny. What she stole is not recorded; however, both Mary and Sarah Harvey were both acquitted of a similar charge.

Question, was Sarah Harvey a relative and was she in court for the same crime.

Ann was one of two children that traveled with her aboard the Hector. Her birth details have not been found, and the only indication so far from her birth year has been taken from the Queen’s Orphanage records.

At the age of 13, Ann was admitted to the Orphanage on the 16 Nov 1835, just a month after the Hector arrived on the Derwent. She was discharged just under a year later to Mary on the 28th of Jun 1836.

Commitments to the City Gaol

And on Wednesday last (28th Nov 1827), by warrant of Wm. Wilde, one of the coroners for this city, Mary Harvey, charged with having administered a quantity of laudanum to her illegitimate child, thereby causing its death.

Note: I am unsure if Mary actually went to Gaol as there does not appear to be any further mention of the charge until 1828.

No true bill against Mary Harvey for poisoning her child.

Afterward, she was arraigned on the Coroner’s inquest and acquitted, no evidence being offered for the prosecution.

By the wish of the judge, Mr. Dalrymple stated that he, with two other surgeons, examined the body and found not the slightest appearance of mineral or vegetable poison. The body had an exceedingly healthy appearance, and it was their opinion that the child died from exhaustion.

Committed to the City Gaol

(By the same Magistrate), Mary Harvey, Robert Whitehead, Jonathon Cork, John Clayton, and Robert Dann, charged with receiving the said yarn, knowing it to have been stolen.

Notes: Arraigned again at the following Assizes for the same offense and having pleaded this acquittal, they were discharged

The following were up on the same charge: Robert Dann, Jonathon Cork, and John Clayton. Robert Whitehead was not mentioned.

John Merrison, John Hannant, and James Wright were charged with breaking into the warehouse of Mr. John Hammond, yarn-factor, and stealing therefrom 50 gross of yarn, and Robt. Whitehead, Mary Harvey, Jonathan Cork, Robert Danns, and John Clayton with having received the same. James Wright was admitted evidence .Wm. Bridges, the porter of Mr. Hammond, detailed the circumstances of the robbery. James Wright, the accomplice, said that he saw Merrison under St. Augustine’s Wall, about four o’clock in the afternoon previous to the robbery. He asked the witness if he would sell any yarn for him, as he was going to get some. The witness replied he did not know. He saw Merrison again in the evening with Hannant, but nothing then passed. About one o’clock in the morning, Merrison came and knocked witness up; he brought two bundles of yarn in a bag, which witness immediately took to Whitehead’s, and having knocked him up, sold the two bundles to him for 27s. Witness then went to meet Merrison at the Folly, under St. Martin’s Wall. Merrison and Hannant were there, carrying two pokes containing yarn; one of the pokes was taken to the prisoner Harvey’s, at New Catton, with whom Cork lodged, and the other was put into a field. Witness, Merrison, and Hannant then went to the Cherry Lane, where Merrison left and went forward, and soon after returned with two other bundles of yarn; all the yarn was then taken by the witness to the prisoner Harvey’s, and delivered to Cork; the yarn was taken there because she was a relation of Whitehead’s, and it was hoped that he would have taken it the next day; not doing so, some of it was sold to Dann and Clayton. Witness went into all the particulars of the dealing. Other witnesses were called to corroborate this man’s testimony as far as possible. On the part of the receivers, Mr. Palmer objected to the indictment on the ground that the receiving was there all laid as one act. Still, from the accomplice’s testimony, it had been proved that the times when the yarn was received, and the parties receiving, were entirely distinct and constituting so many different felonies. His Lordship said that the objection was not fatal to the indictment altogether, but it would drive the prosecutor to make his selection as to which of the prisoners he would go against. The prosecutor selected Whitehead, who, with Merrison and Hannant, was found guilty. Merrison and Hannant were sentenced to transportation for life and Whitehead to transportation for 14 years.

Like his sister Ann, Henry traveled to Tasmania with her aboard the Hector. His birth details have not been found, and the only indication so far of his birth year has been taken from the Queen’s Orphanage (New Town, Tasmania) records.

Mary Harvey. Together with Robert Dann, John Cork, and Whitebread, this woman was about 12 months since charged with receiving a quantity of yarn, knowing it to have been stolen. Upon the trial of that indictment, the Acts of receiving were proved to be separate acts, though the indictment laid jointly against all the prisoners. Therefore, the prosecutor was driven to his election of one Act, and he chose that in which Whitehouse was concerned, who was convicted and sentenced to transportation.

The other prisoners were acquitted, and at the next sessions, a new indictment was preferred against them for the same offense, to which they pleaded their former trial and acquittal. The efficacy of this plea then became a consideration for the Judges. At the last summer Assizes, it remained undecided, but the prisoners were admitted to bail. At the late Assizes, Lord Arbinger stated that their Lordships’ opinion was that the plea and the prisoners’ recognizances to be discharged.

Mary Harvey now stood charged on three separate indictments with shoplifting. She was tried on one and convicted and is an old and notorious offender; the Court immediately passed a fourteen-year transportation sentence.

On Wednesday last (27th May 1835), Mary Harvey, was conveyed from the City Gaol, to the Hector Hulk, at Woolwich, to be transported for 14 years pursuant to her sentence.

Medical and Surgical Journal of His Majesty’s Convict Ship, Hector, between the 19th May and the 24th Oct 1835 during which the said Ship has been employed in Conveying Convicts to Van Diemen’s Land.

Complained this day of day of having suffered very severely for the last three days from sickness, vomiting, rumination, heart burn and stomach complaint, and most of the symptoms nearly occurring together, constipated bowels.

There is obviously a morbid state of the stomach and a deficient of Gastric secretion.

It appeared by her own statement that she had for a considerable time, part habituated to drinking of spirituous liquor and otherwise had been loose and depraved.

Admitted to hospital, the rest of Mary’s record describes her convalescence and treatment in detail before being discharged and cured on the 25th.

The preceding journal containing a few cases of not of great or particular importance during a voyage from Woolwich to Hobart Town, Van Diemen’s Land.

The ship was of a less tonnage than usual taken up for the conveyance of Female Prisoners to the Colony, being only 338 Tons.

Having on board, including the ship’s company, upwards of two hundred individuals. And the unusual length of the voyage and the very indifferent manner the prison and between decks was ventilated, is rather extraordinary that no illness of any consequence appeared on board during a voyage of one hundred and twenty-nine days.

And more particularly when nearly the whole of the convicts, free women and children had been embarked a considerable time previous to our leaving Woolwich, and the majority of them had suffered severely from a very tedious voyage from Scotland in a small sloop and were consequently very crowded and their health had suffered greatly.

A few cases of small ailments occurred and does not require any particular observation as all did well. And on the arrival of the ship in the colony all prisoners, free women and children were landed in a clean and healthy state.

There is no further evidence to prove that Joseph and Mary married, the note attached to the decision has not been located. The fact that Mary’s maiden name was used on death notice is further evidence that she never married while living in Tasmania.

Felony, acquitted of the felony* but recommended to be detained, 2 months in the house of corrections before assigned. 14 Dec 1839, confirmed vide Lieutenant Governor’s decision.

No record found for what the felony was

Tickets of Leave have been granted to the following convicts; viz.
…
Mary Harvey, Hector.

By his Excellency’s command,
John Montagu.

Memoranda of Conditional Pardon have been ordered for the following persons, until her Majesty’s pleasure be known:

HARVEY. On the 4th of March, at the residence of her son-in-law, W. Stevenson, Park-street, Mary Harvey, aged 77 years. The funeral will leave her late residence on Tuesday, the 7th Instant, at half past 2 o’clock. Friends are respectfully invited to attend.

Mary’s burial record has not been found yet.