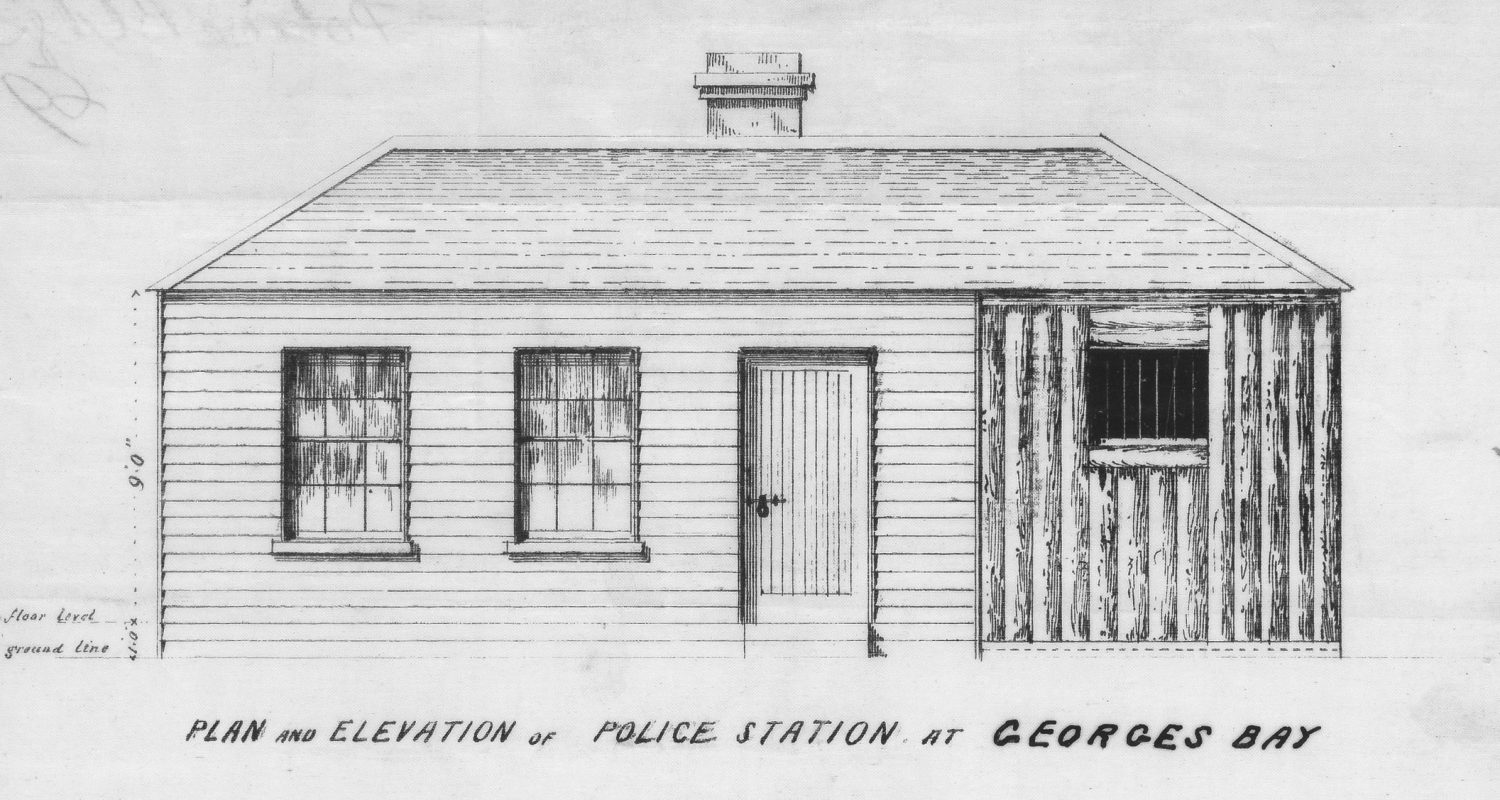 Jane Emma Summers was just three months old when she died in the arms of her sixteen-year-old mother, Phoebe Summers.

Reported to be the illegitimate daughter of Herbert Bradley Lade, Jane was born on the 7th March 1880 at Georges Bay, Tasmania, and quickly succumbed to whooping cough, dying just three months later.

Phoebe, at such a young age, was left to care for Jane on her own without any financial support; how she supported herself and her newborn child is unknown, but it can be assumed that she may have been living with her parents Samuel Summers and Emma Sawyer.

Phoebe proceeded to file a complaint to the police to gain financial assistance, resulting in a summons being issued to arrest my 2nd Great Grandfather, Herbert Bradley Lade.

“St. Helens, Portland. On the 29th ultimo (29 Apr 1880), by Henry Dawson, Esquire, J P., for the arrest of Herbert Lade, charged with having disobeyed a summons to answer a complaint about unlawfully leaving his illegitimate child by Phoebe Summers without means of support.

Who was Janes real father?

Family historians have concluded that Jane’s father was, in fact, Joseph Thomas Salter; this assumption may be based on Phoebe and James’ marriage two years after Jane’s birth.

The fact that the name of Jane’s father was not recorded and the accusation against Herbert Lade certainly does not point to Joseph being the father.

Whether or not Herbert Lade was Jane’s biological father will never be known. But, as he was reported to the police by Phoebe for abandoning them, there is little doubt that they had known each other and that Phoebe certainly believed he was the father of her infant child.

Also, whether Herbert actually received the summons or chose to ignore it became a contentious issue, as his father, William Lade, interfered with the legal proceedings;

Warrants issued and now in this office.

On the 20th instant, by A. H. Boyd, Esq., J.P., for the arrest of William Lade, charged with having, on the 19th instant, disobeyed a summons to answer information against him for having, on the 12th instant at Scottsdale, incited one Herbert Lade to resist Constable John Smith in the lawful execution of his duty, whereby the said Herbert Lade escaped from lawful custody.

William Lade writes to the Examiner

As the victim of spite and local tyranny, I shall be glad if you will publish these few lines to show how and why I am here. Some few weeks since my son Herbert was summoned for maintenance and to appear before Mr Dawson, the magistrate at George’s Bay. Being absent, the summons was not served in time for him to appear at a distance of 60 odd miles over a mountainous country; nevertheless, it was reported I had prevented him. This was untrue. A few days after, a second summons was issued and sent to Ringarooma, and as my son was not there, it was not served on him. Some days after, a warrant was sent for his apprehension at Scottsdale. Believing it to be illegal, and knowing that he was innocent of the charge, he declined to go, upon which the constable began to batter him about, at which I remonstrated in no measured terms, denouncing the administration of the law as partial in the extreme, etc.

In the evening, the constable came to my house and arranged with Mrs. Lade to advise my son to go. He went the next day, and on his way to Ringarooma, he met Mr. Boyd, V.M., who told him they would make it hot for him at George’s Bay; that he was an escaped prisoner; that he had made a mistake and would now have to pay so much a month, but he would make him pay weekly and added much more of a similar character highly unbecoming a magistrate. I leave it to the public to judge whether a man now compromising with his creditors as Mr. Boyd is, should exercise magisterial functions, for is not Mr. Boyd at the present time, through his solicitors, trying to compromise with his creditors for 5s and 10s in the pound! Yes, Sir, I am a creditor, and my solicitors hold a printed document to that effect. Mr. Boyd well knows that I made repeated applications to him for payment, which he never answered. I ask at the hands of justice (if there be any), should this state of things be allowed to exist? In reply to several of his struggling creditors at George’s Bay, I advised them to sue him. They replied they were afraid, as they might sometime have to appear before him and suffer for it. A nice state of things, certainly, for a free country to boast of.

On the night of my son’s arrest, I was served with a summons to appear on the following Wednesday, but having business in Hobart, I did not attend and hence the arrest, which I knew would follow, and am to appear before Mr. Boyd on 7th June, at Bridport, for trying to protect my son, by words only, from brutal ill-treatment by the constable; but, as I have good reasons for deeming Mr. Boyd’s presence on the Bench not only illegal but an outrage to civil institutions (I write advisedly), I appeal to the public against the injustice of being tried before such a Bench. Time alone will, in the hands of God, my judge, bring out the truth and put to shame those who basely use the power conferred upon them.

I have every assurance that the whole matter will, with much more totally unknown to the public, in due time come before Parliament.

With regard to my son’s trial at George’s Bay, a most unwarrantable verdict was given against him, and he was told by Mr. Dawson that had he been applied to, bail would have been refused him. There was not the slightest corroborative evidence, and on the girl’s testimony alone, he was ordered to pay the 20s a month and warned that if he left the colony, he would be brought back.

As he declares before God, he is innocent; I counseled him to suffer imprisonment rather than submit to so unrighteous a decree. It can be shown by a document she signed in the presence of Mrs. Lade, who, with myself, found it impossible to be present at the trial that the girl perjured herself.

I came to Fingal to lay a charge against the girl for perjury, but it does not suit the Warden to entertain so “delicate a matter.” Therefore, I have to seek elsewhere for the ends of justice; for if such iniquitous decisions are allowed, no man’s life or liberty is safe. I trust, Sir, these remarks will lead to the thorough ventilation of the subject by abler pens than mine and ultimately lead to reform and establishing a more wholesome state of things.

I am yours obediently, William Lade.

William Lade has been arrested by Mr. Superintendent Smith, of Fingal Municipal Police.